Researchers from the NUST MISIS Center of Composite Materials and Biomimetix have demonstrated how their sandwich-panel development absorbs physical pressure. The punching process was recorded by a special camera that shoots video at a speed of 30,000 frames per second. 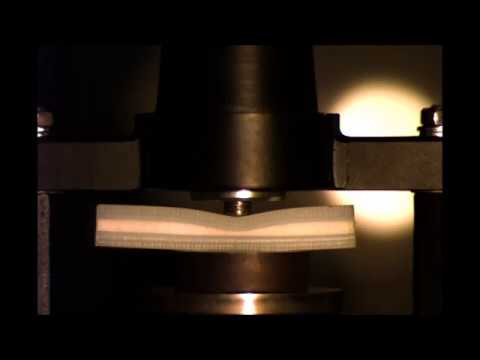 “Our plate consists of a porous layer and a solid layer of UHMW. The layers are not connected to each other but are obtained as a single product in one technological operation. Largely because of this, the cracks are not formed either in the thickness of the layer or even on the boundary between the layers after an impact. Moreover, the material keeps its properties even up to —80°С. More importantly, we have tried to split it with liquid nitrogen (-196°С), and it turned out to be almost impossible to do, if you don`t cut the plate much in advance”, said Fedor Senatov, Candidate of Engineering Sciences, research assistant at the NUST MISIS Center of Composite Materials, and one of the founders of Biomimetix.

According to Senatov, the developers have not only thrown heavy pieces of iron into their development, but have also shot from pneumatics. The results have been successful regardless, as the material continually suppressed the impact’s force. This panel will be ideal to protect hockey players or paintballers (or even hunters), as it’s full protection at a considerable price.

“To create a cheap protective material was one of our first tasks. It doesn’t reach combat protection according to safety characteristics, but it’s better and much cheaper than existing sports protection”, Senatov said. 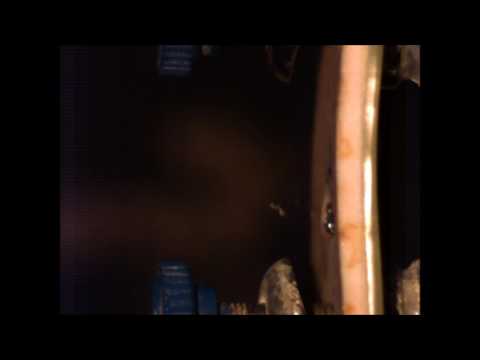 The porous layer can also become a good sound absorber. By order of one of its business partners, the company is now specifying the optimal parameters of sound absorption. As the developer noted, this can be adjusted through controlled changes in the material’s porosity.

The new sandwich-plates will become the basis for the creation of heat-insulating shock-resistant coatings. Therefore, the material will certainly find its application in the Arctic as it is lightweight, strong, durable, and able to protect not only against the Arctic wind, but its snowstorms too.

Researchers from Biomimetix have checked the durability of the UHMW on tape for bearings, another product made of polymer. This tape, built into the inner surface of the bearing, contacts balls and rollers. Due to a special technology of tape production, it has an extremely low coefficient of sliding friction against steel — 0.04 (on the market in existing bearings made of similar materials, the coefficient of friction under similar conditions is at least twice as large). At the same time, the durability is exponentially greater, especially at low temperatures. Just like the sandwich-panel, the tape can maintain its characteristics up to 80°С.

“We`ve talked with miners, and they said that tapes of great length are used for ore transportation. The bearings, where the conveyor belt lies, break very often. Because of this, you have to stop to replace them. I think that we can reduce the frequency of replacements by at least [300%], or even more. Thus, our development will bring serious additional profit to companies that will use it”, Senatov added.

Biomimetix has become a logical site for the continuation of work which researchers have previously carried out at NUST MISIS. Together with the University, Biomimetix has launched this small innovative enterprise to turn fundamental and applied research into commercial products.