BIRTH OF A HYBRID: High-Temperature Synthesis under Pressure Helps to Combine Properties of Metals and Ceramics

Materials scientists from NUST MISIS and the Merzhanov Institute of Structural Macrokinetics & Materials Science have developed a new method for producing bulk MAX-phases — layered materials which simultaneously possess the properties of metals and ceramics. By combining the methods of self-propagating high-temperature synthesis and high-temperature shear deformation, it was possible to obtain sufficiently large samples of mixed titanium and aluminum carbide, which in the future can be used as high-temperature heating elements, according to the research paper published inCeramics International.

Despite the fact that people have been making and working with ceramic materials for about 30 thousand years, scientists are still developing new methods for its production. MAX-phases are layered ceramic materials which contain three elements in their composition: (most often theses are elements of transition metals), A — metal/nonmetal (as a rule, these are elements from the 13th and 14th groups, i.e. 3A or 4A — in a short-period version from the periodic table), and X — nitrogen or carbon. The resulting nitrides or carbides have the common formula Mn+1AXn (n being from one to three), and have a hexagonal layered structure, thereby acquiring a rather unusual combination of physical properties. These substances have properties of both metals and ceramics: in particular, they have high electrical and thermal conductivity, but resistance to sudden changes in temperature and significant mechanical loads. 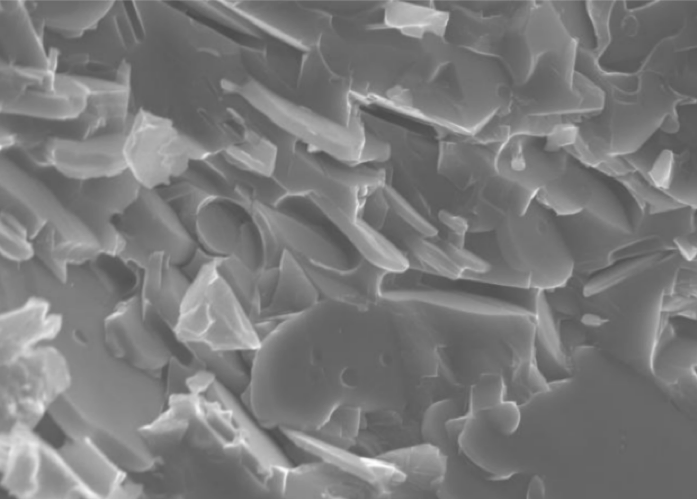 Materials from this family were first obtained in the 1960s, but scientists have only begun to actively study them over the last decade. Recently various methods have been developed to obtain these materials, the most popular of which being chemical or physical vapor deposition, spark plasma sintering, and hot isostatic pressing. At the same time, the materials are often synthesized in the form of small samples, so a separate technological task based on the MAX phase is necessary to obtain the material in bulk. For this purpose, various options for sintering powder materials are used but all the existing methods are either too technologically complex and therefore expensive, or require several long additional stages to increase the density of the initially porous materials, which does not allow scientists to achieve a sufficient share of the MAX phase in the final material.

The research team from NUST MISIS, led by Denis Kuznetsov, a Candidate of Technical Sciences, has proposed a new method of single stage MAX phase synthesis with a composition of Ti3AlC2 — a promising material for use as a high-temperature heating element. To obtain it, scientists used a combination of already known methods of self-propagating high-temperature synthesis and shear deformation under pressure. The researchers have also compared two methods of pressing: extrusion pressing, during which the presses’ powder was squeezed into a special form, creating rod-like elements, and uniaxial compression, in which the pressed powder was simply squeezed when heated, turning it into plates. The temperature was about 1700 degrees Celsius during pressing, and the whole process lasted about

As a result of this proposed approach, the materials scientists were able to obtain two types of samples with fairly similar characteristics. Both in plates and rods, the density exceeded 95 percent, relative to the powdered material, and the Ti3AlC2 content ranged from 67 to 82 percent.

Microstructure of samples obtained by hot extrusion as a result of uniaxial compression (Pic.2)

At the same time, this method’s mechanical and physical parameters slightly beat out the samples obtained by extrusion: the compressive strength of those materials was 720 megapascals, while samples obtained through compression only registered a compressive strength of 641 megapascals. Additionally, the samples’ registered a better Young`s modulus — 221 gigapascals to 198, and thermal conductivity — 22.9 watts per meter when heated by one degree to 22.1 than the compression samples.

According to the researchers, the main advantage of their proposed method is the ability to quickly obtain a relatively bulk material in just one stage — it doesn’t require high temperatures and long hours of sintering. In such a case, the share of MAX-phase in the final substance is quite high, so in the future these materials can be used in devices operating at high temperatures (around 1500 degrees Celsius), such as heating elements or coating for electrical contacts.