Invisible Needles: International Team of Scientists Develop a Method for Cloaking Nano-Sensors for Optics and Biomedicine

An international group of scientists from Politecnico di Torino (Italy) and NUST MISIS has developed a model of a new metamaterial, which will improve the accuracy of nano-sensors in optics and biomedicine by cloaking them from external radiation. The article reporting the results has been recently published in Scientific Reports, a high rank, prestigious interdisciplinary journal, edited by Nature Publishing House.

The development of a new cloaking metamaterial for nano-sensors is carried out within the framework of the Italian-Russian project ANASTASIA (Advanced Non-radiating Scattering Tenuously Architectures And Sustaining Invisible Anapoles), funded with 50,000 Euro by Compagnia di San Paolo in the framework of Joint Projects for the Internationalization of Research (Bando internalizzazione della ricerca, 2017) announced by Politecnico di Torino. The aim of the project is to model and then prototype a metamaterial, which will make nano-scale objects invisible in the uncovered THz frequency range. On the part of Politecnico di Torino, Professor Ladislau Matekovits heads the research group, while Professor Alexey Basharin leads the Russian team. In the research, 4 PhD students and other young professionals are also involved.

A cylinder of perfect electric conductor (PEC) with radius r=2.5 µm has been considered in order to imitate a nano-sensor. Being metallic, it possesses very high wave scattering, allowing to carry out calculations for the maximum possible level of re-radiation. The modeling was performed in THz range, which stands between infrared and microwave bands.

The key element of the new metamaterial is a metamolecule (Fig. 1), consisting of four dielectric lithium tantalate (LiTaO3) cylinders, r=5 μm. Serving as a coating for a nano-sensor, dielectrics interact with radiation, exciting non-radiating anapole mode. Separated from each other, all the elements radiate and distort the electric and magnetic fields (Fig. 2 a, b), but when considered all together the object becomes invisible for an external observer (Fig. 2 c).

Apart from the used LiTaO3, depending on the field of application, other materials can be considered. For example, in nano-optics it would be possible to work with silicon and germanium, while in biomedical sensoring biocompatible sodium chloride would be a possible alternative.

The next research stage, which is the experimental characterization of a prototype of the proposed structure in vitro, is scheduled for this autumn.

Concurrently, interests in creating configurations by using proper materials, e.g., graphene, and geometrical arrangements that are only transparent at certain wavelengths and/or angles of incidence are targeted. The challenge set by scientists from Politecnico di Torino and NUST MISIS is to generalize the experience to develop a theory which can be used to model and then assemble metamaterials that will cloak nano-scaled objects at all the wavelengths and at any angles. 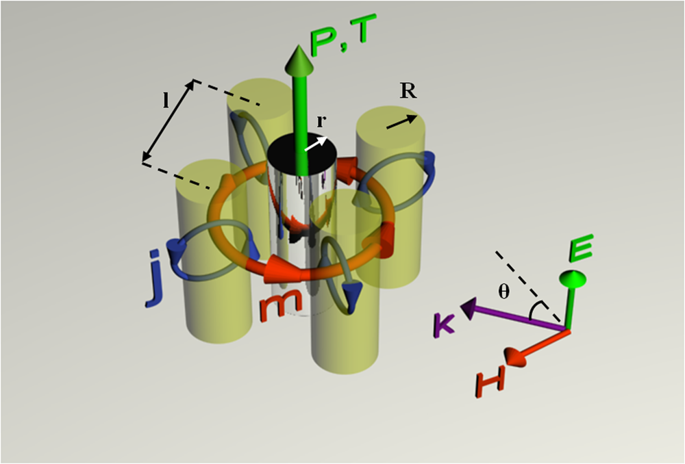 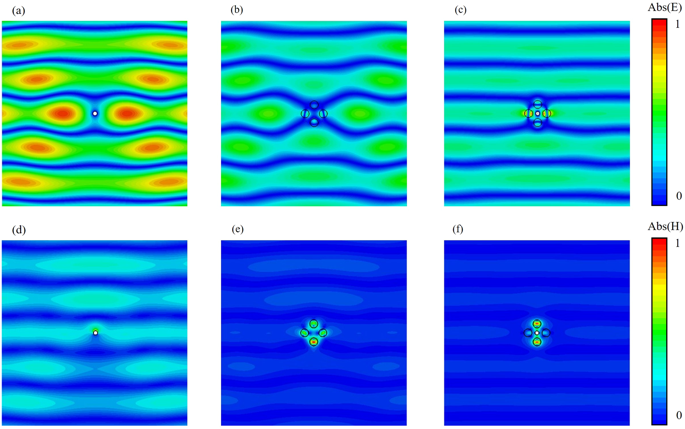 Figure 2 — visible radiation of elements, where (a) is the central element without coating; (b) is coating elements without a central element; © is metamolecule: central element in the coating.
Basharin
Share
Our website uses cookies.
We do not identify you, but optimize the website.
By continuing to use the website, you consent to the processing of cookies.