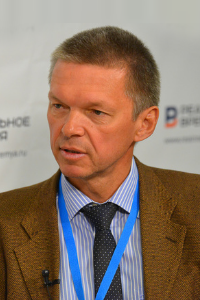 Basic Information about the Laboratory:

Superconductive metamaterials are synthetic structures with unique electromagnetic features not existing in natural materials. The key areas of studies performed by the laboratory are experimental tests of electromagnetic features of superconductive metamaterials in the range of ultra-high frequencies with the use of one- and bidimensional structures.

Activities of the Laboratory:

The laboratory was established in 2011 after NUST MISiS won the tender of megagrants held by the Ministry of Education and Science of the Russian Federation. The laboratory examines physical properties of such superconductive metamaterials, as synthetic materials based on electromagnetic structures; is involved in creating linear and non-linear, as well as bifurcation and parametric metamaterials, re-configured left-hand transmission functions, ultra-compact resonators using a gigantic kinetic inductance and hybrid metamaterials. The general line of research turned out to be at the forefront of contemporary development of a wide range of metamaterials and a special area of superconductive electronic engineering.

In 2014, members of the Russian Quantum Center and the Laboratory of Superconductive Metamaterials under the direction of Professor Ustinov were the first ones in Russia to measure the features of q-bit. In May 2015, the superconductive q-bit was for the first time created in Russia. There are only 4 laboratories in Russia, including NUST MISiS, that may perform experiments with q-bit.

The q-bit is the key element of future quantum computers operating thanks to quantum physics effects. It is capable of performing computations that the most powerful modern computers cannot perform. The creation of a quantum computer will allow using brand new information and technology systems. Quantum computational devices enable performing a wide range of tasks, such as the synthesis of materials with the desired properties, integrated tasks of sorting, optimizing and recognizing images, as well as the modelling of quantum systems. The majority of such tasks cannot be performed with the help of ordinary computers.