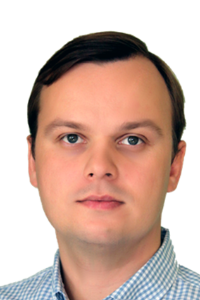 PhD in chemistry, senior researcher at the Separation and Pre-Concentration in the Chemical Diagnostics of Functional Materials and Environmental Objects Laboratory

PhD in chemistry, senior researcher at the Separation and Pre-Concentration in the Chemical Diagnostics of Functional Materials and Environmental Objects Laboratory

2014 — present: senior researcher at the Separation and Pre-Concentration in the Chemical Diagnostics of Functional Materials and Environmental Objects Laboratory, NUST MISIS.

2009 — present: senior researcher, Vernadsky Institute of Geochemistry and Analytical Chemistry of the Russian Academy of Sciences.

Scientific researches of M.S. Ermolin are aimed at the development of integrated analytical approaches to the separation, study of the chemical composition and properties of nano- and microparticles of environmental samples and functional materials

The development by M.S. Ermolin of the method of field-flow fractionation in a rotating coiled column for the first time allowed to study the chemical composition of nanoparticles of complex polydisperse environmental samples, such as urban dust, road dust and volcanic ash. An uneven distribution of elements (including toxic ones) between fractions of dust and ash of different sizes was revealed. It was shown that environmental nanoparticles, which have a high mobility and penetration ability into living organisms, are able to pre-concentrate toxic elements on their surface.

M.S. Ermolin carried out a comparative study determined analytical capabilities of methods for separating nanoparticles from polydisperse environmental samples. It was shown that the method of field-flow fractionation of RCC has several advantages over traditional methods, such as membrane filtration and sedimentation, namely, a higher efficiency of nanoparticle isolation (mass of released nanoparticles) and the speed of nanoparticle isolation. In addition, the possibility of scaling the process of particle separation using higher volume RCCs without reducing the separation efficiency was demonstrated.

Another area of M.S. Ermolin’s research was the study on the behavior and mobility of engineered nanoparticles of copper, cerium oxide and zinc oxide, which are used as nanopesticides and nanofertilizers, in soils under various natural and technological scenarios. It was shown that the mobility of poorly soluble nanoparticles (zinc oxide and cerium dioxide) decreases during sequential wetting/drying cycles of soil. The mobility of copper nanoparticles in soil increases due to their gradual dissolution during sequential wetting/drying cycles. Analytical possibilities of flow-through systems based on a microcolumn and a rotating coiled column for simulating the behavior of engineered nanoparticles in soils were examined. It was shown that the use of a microcolumn is preferable due to the preservation of the natural packing of soil in the column.

M.S. Ermolin also studied the possibility of using the method of single particle inductively coupled plasma mass spectrometry in the analysis of bimetallic nanoparticles. As a result of studies using cerium-aluminum oxide (AlCeO3) nanoparticles as an example, it was shown for the first time that it is possible in principle to simultaneously determine two elements in one particle by single particle inductively coupled plasma mass spectrometry.

Number of articles on Scopus — 28.

16-33- 01048 “Fractionation, characterization, and recovery of nano- and microparticles of functional materials” (Russian Foundation for Basic Research).

17-73- 10338 “Development of a set of analytical methods for studying the behavior of metal and metal oxide nanoparticles in soils” (Russian Science Foundation).

20-73- 00299 “Development of a set of methods for the preparation and characterization of reference samples of natural nanoparticles” (Russian Science Foundation).

21-33- 70091 “Assessment of contribution of anthropogenic sources to the pollution of nanoparticles of Moscow urban dust” (Russian Foundation for Basic Research).

The results of studies of urban dust nanoparticles performed by M.S. Ermolin are covered in the “New People” TV program on topical TV channel Science 2.0.