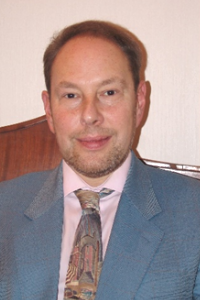 Fedotov Petr Sergeevich
Doctor of chemistry, head of the Separation and Pre-Concentration in the Chemical Diagnostics of Functional Materials and Environmental Objects Laboratory

The laboratory was established in 2014 as part of the Competitiveness Improvement program in order to develop new highly effective methods of separation of trace elements at NUST MISIS, as well as the development of combined methods of chemical diagnostics.

Activities of the Laboratory

An experimental, research, instrumentation and infrastructure base has been fully formed, close scientific cooperation has been established with other departments of NUST MISIS, leading Russian scientific and educational institutions (Lomonosov Moscow State University, the Russian Academy of Sciences, industry institutes), industrial enterprises (OK “RUSAL”), as well as with international organizations and major foreign universities.

An agreement on joint postgraduate studies has been signed between NUST MISIS and the University of Pau (France). A grant from the Russian Science Foundation was received (the project “Creation and improvement of new combined methods of elemental and material analysis of environmental objects and environmentally hazardous waste of industrial origin”, head — P.S. Fedotov) in 2018, with funding under the grant amounting to 6 million rubles.