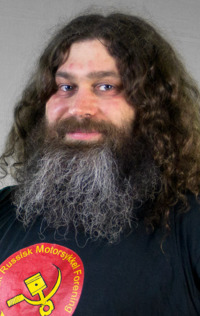 Doktor ingeniør, professor at the Department of Theoretical Physics and Quantum Technologies, head at the Laboratory of Analysis of Practical Vulnerabilities of Quantum Cryptography Systems and Development of Certification Methods of the Quantum Communications Competence Center of NTI.

Doktor ingeniør, professor at the Department of Theoretical Physics and Quantum Technologies, head at the Laboratory of Analysis of Practical Vulnerabilities of Quantum Cryptography Systems and Development of Certification Methods

2019 — present: professor at the Department of Theoretical Physics and Quantum Technologies at the National University of Science and Technology NUST MISIS.

2018: visiting professor at the Shanghai Institute for Advanced Studies, University of Science and Technology of China.

research associate professor at the Department of Physics and Astronomy, University of Waterloo (Canada).

February 2012 — January 2017: member of the Institute for Quantum Computing, University of Waterloo (Canada).

postdoc at the Department of Electronics and Telecommunications, Norwegian University of Science and Technology.

postdoc at the Department of Physics, Pohang University of Science and Technology (South Korea).

PhD thesis titled “Quantum cryptography and quantum cryptanalysis” at the Department of Electronics and Telecommunications, Norwegian University of Science and Technology, Doktor ingeniør.

Professor Makarov has spent the last 14 years inventing and testing new hacking methods, culminating in the development of the first 100%-efficient attack on commercial quantum cryptosystems in 2010, and demonstration of the first complete eavesdropping on a running quantum cryptography link in 2011. Vadim has introduced the practice of responsible disclosure in the quantum information industry, providing vendors with advanced information on security loopholes in their products.

Recent work in Makarov’s lab has probed physical limits of communication security, demonstrating a laser-damaged attack against quantum communication systems. His lab has explored several other types of device imperfections leading to security issues in quantum communication protocols. His lab has also contributed to demonstrations of long-distance free-space quantum communications (led by A. Zeilinger). Radiation-hardened single-photon detectors for space applications were developed. The Canadian quantum satellite was developed, and the air-borne quantum key distribution (QKD) was demonstrated (led by T. Jennewein). In addition, laboratory members worked in the European proposal for testing quantum gravity theories (led by the Space-QUEST consortium).

The Laboratory of Analysis of Practical Vulnerabilities of Quantum Cryptography Systems and Development of Certification Methods continues testing commercial QKD systems in close cooperation with the manufacturers, helping them to patch loopholes by revealing security challenges the industry faces and to highlight the lack of implementation standards. In  his lab entered formal research partnerships with companies ID Quantique (Switzerland), QuantumCTek (China), Quantum Communi-cations Ltd. (Russia), QRate (Russia) to analyze the implementation security of their latest QKD platforms. The laboratory delivered initial security analysis reports to the companies, and continues implementing in-depth testing programs. The laboratory contributes to international standardization efforts in QKD at ETSI and ISO.

The laboratory is engaged in 10 research collaborations.

Number of articles on Scopus — 88.

Professor Makarov has released two PhD and 2 MSc students (at the University of Waterloo). Both PhD graduates received recognition for the quality of their research, placing them in the top 15% of their cohort of graduates: A. Huang got an outstanding RBC thesis award in cybersecurity in the quantum era in 2019, and S. Sajeed got an IQC Achievement Award in 2017.

During his career, Makarov has supervised 14 undergraduate students and junior researchers, 3 MSc, 5 PhD students (including the above graduates) and 3 postdocs. He has also co-supervised 11 MSc and 2 PhD students. List of completed theses.

PhD student L. Lydersen whom Vadim co-supervised at NTNU received the ExxonMobil Research Prize in 2012, placing him in the very selective top 0.5% of the cohort.

Since 2019, Makarov has been lecturing a new MSc-level quantum communications course and a new experimental lab course in quantum photonics and cryptography at the Moscow institute for Pysics and Tchnology and NUST MISIS.

He has delivered about 25 short hrs each) lectures, which included the advanced training course at NUST MISIS in  the quantum cryptography graduate course QIC 891 at the University of Waterloo in  He held IQC youth, undergraduate and graduate summer schools in  ID Quantique annual winter school on quantum cybersecurity in  MSU annual international school on quantum technologies in  Some of those included an experimental laboratory (3 different laboratories).

He was an invited external thesis examiner for 2 PhD students, internal committee member of 2 PhD and 2 MSc students. He referees about 10 journal papers and one funding application per year.